The much-awaited auction for the 12th edition of the Indian Premier League (IPL) is likely to take place later this year at a new location. All these years, the mega-event has been held in Bengaluru. However, as per recent reports, the auction will be taking place in Goa this year to finalize teams for the upcoming season.

As has been the case over the last decade since the inception of the IPL, the auction used to take place in January or February. However, this edition of the tournament will see an early auction. It will not be a mega auction where the teams will undergo some reshuffle, as each franchise already has a set of players on the roster. They will only look to fill the slots for the players who will be released.

According to the reports in ESPN Cricinfo, the auction will be held on December 16 this year unlike the last season when it took place in the last week of January.

The auction for IPL 2019 will be held only for a day, as opposed to it being a two-day event. For the 2018 edition of the IPL, the auction was a mega-affair which took place over two days. Ben Stokes, for the second running year, was sold as the most expensive overseas player as he was bought by the Rajasthan Royals for Rs 12.5 Crores.

Meanwhile, the report on ESPNcricinfo also adds that Royal Challengers Bangalore have traded Quinton de Kock to three-time IPL champions, Mumbai Indians. De Kock was the first-choice keeper for Virat Kohli’s side but didn’t get a chance after he went home for a friend’s wedding. India’s Parthiv Patel donned the gloves in the last six matches.

The report also adds that South Africa’s Quinton de Kock is the first player to have been traded between teams. The former Royal Challengers Bangalore (RCB) player will now feature in the Mumbai Indians (MI) side. RCB chose to make it a money deal and sold Quinton for his auction price of ₹2.8 crore.

MI bought De Kock to make up for it released two players worth the same value on the purse. Bangladesh pacer Mustafizur Rahman whom they had bought for ₹2.2 crore along with Sri Lankan spinner Akila Dananjaya who cost them ₹50 lakh in the IPL 2018 auction have been thus released. The Bangladesh Cricket Board (BCB) then decided to ban Mustafizur from playing foreign T20 leagues for a period of two years. 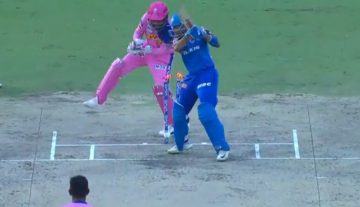