The second match of Sunday’s doubleheader will be between Rajasthan Royals and Kolkata Knight Riders. Both teams played their last game against Royal Challengers Bangalore and won the game comprehensively. While KKR had to break a sweat in order to win against RCB, Rajasthan’s win came quite easily as they chased a modest total down in the last over, though they were in the chase throughout the game. But when these two teams will meet at Jaipur’s Sawai Man Singh Stadium, the fight will be interesting to see as they are at the different end of a spectrum.

Rajasthan didn’t win many matches in the ongoing season of the IPL; they gave a hard fight to their opponents. Their only win of the season came against Bengaluru, but they will give their best to consolidate on this winning momentum. Rajasthan’s bowlers were instrumental in their victory and they are expected to hold the key to success against KKR as well.

They may hardly think to make any changes in the winning combination. Jos Buttler, Steve Smith, Ben Stokes and Jofra Archer will be four overseas players while Shreyas Gopal and Krishnappa Gowtham will handle the spin bowling department. If fit, Sanju Samson can be inserted in the playing XI replacing Stuart Binny.

KKR is flying high sitting on the back of Superman Andre Russell, who has been in sensational form in the ongoing season of the Indian Premier League. Russell was the reason behind KKR’s victory in all three matches that they have this year. Against RCB on Friday night, he replicates on his heroics against SRH earlier this year and scored 53 runs in last 18 balls. He took just 13 balls to be very precise.

Kolkata will not tamper with the playing XI that played against RCB. Though skipper Dinesh Karthik will expect from his other batsmen to pull their game and start scoring runs, in order to reduce dependency on Russell. 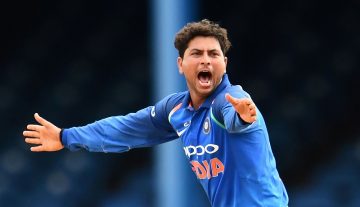