Royal Challengers Bangalore has been one of the strongest team in the Indian Premier League since its inception way back in 2008. They always have a star-studded lineup but the desire to lift the IPL trophy has never come true for an RCB squad. The team always looked amazing on papers, one to poses threat for another team, but something always went wrong for the Bengaluru-based franchise.

Last year, they bought several bowling options in the auction to bridge the gap between bowling and batting line up. Nathan Coulter-Nile, Chris Woakes, Umesh Yadav and Tim Southee were recruited to win matches with the ball, but their never-ending misery in IPL remained the same.

T20 format is very dynamic; here you need to have players who can contribute with more than one skill. Hence, all-rounders started being preferred to win the games in the shortest format. And RCB never had a player, who can gel their batting and bowling line up together. But now they have plenty of them and they are expected to be the X factor, which the red-army always missed.

Royal Challengers Bangalore brought Marcus Stoinis through the transfer window from Kings XI Punjab at a cost of middle-order batsman Mandeep Singh. Stoinis made his IPL debut for KXIP in 2016 and has played 19 games so far. His appearance in the team was on and off, which resulted in rather few impactful performances. He has 262 runs under his belt at an average of just below 24. His bowling stats aren’t too eye-pleasing as he grabbed only 13 wickets so far, out of which 4 came in a single match. His economy rate is also a bit high (9.53) than one would expect from his all-rounder.

But stats never justify the potential of a player and trust me; Stoinis is someone who has the potential to be one of the best all-rounders among the current crop of cricketers. He has been in sensational form in recent past and did well with both bat and ball for Australia at the international arena.

Apart from it, he led Melbourne Stars to the finals of Big Bash League this year. Melbourne’s season was not going well until Stoinis joined them after finishing his national duties. He won four Man of the Match awards in this season and did well with both bat and ball. His 533 runs came at a healthy average of 53.30 and were the third highest in the season. Also, he snared 14 wickets in the tournament at an average of 14.78 in 13 matches he played for Stars.

It will come as no surprise as he will be RCB’s X factor for the upcoming season of IPL. Though, he won’t be available for the first three matches of the season due to being on national duty. But once he joins the campaign, RCB wants him to set the league on fire. 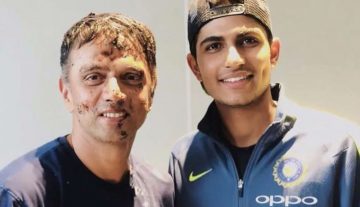