The IPL is a major tournament when it comes to cricket and has one of the most TRP in terms of Sports tournaments. It is also the richest cricket league in the world where many players come across the globe to play the T20 format game in some new colors. As IPL has 8 teams who are contenders to win the Cup.

The team that has the biggest component within themselves is the support of their fans who come in huge numbers to cheer them and encourage the teams moral which boosts the confidence of teams players and they are delighted to perform before their fans. Fans are the most important part of IPL and every year they bring many innovations to uplift their team.

Also Read:- IPL 2019: Records That Might Get Broken This Season

As Social Media has also been upgraded with many users using the platform to share their personal life experiences and express themselves openly and with the Internet prices have fallen down for 3 years there has been a lot of engagement of users on Social Media which also makes franchise team be it a league team or an International team they create an official page on different platforms of Social Media to engage with their followers and keep them updating with their team news.

Let us look at which IPL team has the most followers on different Social Media Platforms:-

It is a photo and video-sharing social networking service owned by Facebook. INC. All 8 teams have their official verified pages on Instagram and the team which has the most followers is none another than the 3-time champions Mumbai Indians with 2.4 million followers just more 3 lakh followers than the second team Royal Challengers Bangalore who have 2.1 million followers. The team with the least followers is Rajasthan Royals which has 449K followers. 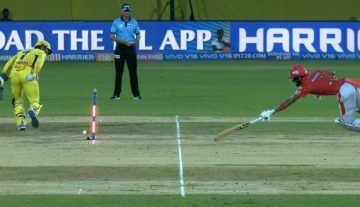