With the 12th edition of the Indian Premier League (IPL) scheduled to commence in the next 10 days and the entire country is waiting for the T20 extravaganza. On 23rd March 2019, MA Chidambaram Stadium, Chennai will host the tournament opener which will be played between Chennai Super Kings (CSK) and Royal Challengers Bangalore (RCB).

With the veteran T20 players from across the globe participating the league – Chris Gayle, AB de Villiers, Brendon McCullum, Steve Smith, Lasith Malinga, Kane Williamson, Rashid Khan, and this IPL edition promises to be bigger, better and more entertaining than ever before. Also considering the fact that it will be the last cricketing event before the marquee ICC World Cup 2019, it will be the perfect warm-up for fans as well as players ahead of the mega event.

Over the years, India’s biggest money-spinner has witnessed some mind-boggling performances by players that have amazed the spectators and gone on to create history. Yet, just like every other record, these records will also eventually be broken.

Here’s a look at four all-time IPL records that could be broken this year:

In the T20s, fifty can be compared to a century in ODIs. Up until today, the IPL has witnessed a total of 926 fifties, with Gautam Gambhir (36) and David Warner (36) leading the charts. They are followed by Suresh Raina (35), RCB skipper Virat Kohli (34) and Hitman Rohit Sharma (34).

With Ghambir already hanged his boots and Warner coming off a controversial ban will mean that he will be a little rusty to start the tournament, it will give enough opportunities for close followers to gain a significant lead. Considering their recent form, it may be a very close competition between Virat and Rohit for leading the charts.

That said, Raina might also have something to say about that, given that he always seems to rediscover his form in the IPL. 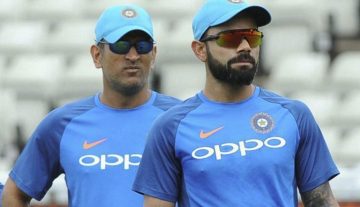