Kings XI Punjab was playing Sunrisers Hyderabad in their sixth game of the season. They won the toss and asked SRH to bat first on a typical Test wicket on which James Anderson would love to bowl day in and out. SRH got off to a slow start and they lost their flamboyant opener Jonny Bairstow in the second over. David Warner was batting without taking any risk. He notched up his third fifty of the season and remained not out until the end; where he scored 70 runs off 62 balls including six fours and one six. They finished with 150/4 in 20 overs.

Punjab lost the early wicket of Chris Gayle but this didn’t hamper their chances to chase the target down. KL Rahul stitched a match-winning 114-run partnership for the second wicket along with Mayank Agarwal. Both players scored respective half-centuries and Rahul remained not out to take his team over the line by six wickets with one ball to spare.

Explosive Aussie opener took his time to settle in and was playing an ODI-like innings. When the going got tough, he was releasing pressure with rotating the strike in every over. Warner notched up his third fifty of the Indian Premier League 2019 and played some boundary strokes towards the end. He remained not out for his 70 runs, which he scored in 62 balls including six fours and one six.

Kunnur Lokesh Rahul came to open the batting with Chris Gayle, who departed early in the fourth over of Punjab’s run-chase. Rahul settled his eyes on the pitch before playing his shots. He scored unbeaten fifty, where he scored 71 runs in 53 balls which features seven fours and one six.

Also Read: Reasons for defeat of KXIP vs SRH match

Agarwal looked solid since the very beginning when he came on the pitch after Gayle’s wicket. He shared a match-winning partnership with Rahul and took his team over the line. Agarwal scored his second half-century of the IPL 2019 as he scored 55 runs off 43 balls, including three fours and as many sixes. 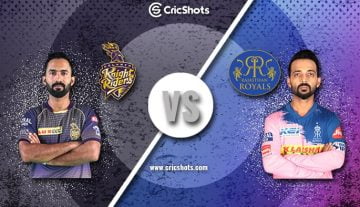