On Sunday, the Delhi Capitals (DC) and Royal Challengers Bangalore (RCB) will be facing each other for the second time in the 46th game of the 12th edition of the Indian Premier League (IPL). Both the teams have witnessed contrasting fortunes this season so far as RCB has won just 4 games out of 11 games and DC has lost won just 4 games out of 11 games.

In their respective last games, RCB registered a win against Kings XI Punjab (KXIP), but DC also defeated Rajasthan Royals (RR), the game in which Ajinkya Rahane scored a century. On Sunday, both the teams will be looking forward to continuing the winning momentum and SRH will looking get some momentum back.

Going by the current form, Parthiv Patel seems to be a better pick despite the fact that he will not be having home advantage as well. However, for DC, Rishabh Pant had a memorable game against RR, still, the consistency has been a huge concern for him in this season so far.

Going by the current batting form of both the teams, AB de Villiers, Virat Kohli, Shreyas Iyer, and Prithvi Shaw are one of the prime contenders for the fantasy cricket. Apart from them, there are some useful batsmen in the line-ups as well, like Shikhar Dhawan, and Colin Ingram.

There are some really reliable all-rounders in both the teams but going by the current form, Axar Patel and Marcus Stoinis seem to be the perfect fit. Apart from them, the good all-rounder for IPL fantasy cricket is Chris Morris.

Both the teams don’t have decent bowling line-ups but they have managed to do a decent job. Bowlers like Yuzvendra Chahal, Navdeep Saini, Kagiso Rabada, and Sandeep Lamichhane become the obvious choices for the IPL fantasy XI. Apart from them, some crucial bowlers can be like, Mohammed Siraj, Umesh Yadav, and Amit Mishra.

Disclaimer:- The above-selected players are according to the fantasy points system of the popular website Dream11. So the credits and value of various players may differ according to the various fantasy platforms. 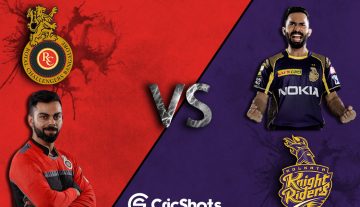