Currently, one the biggest rivals of the Indian Premier League (IPL), Chennai Super Kings (CSK) and Mumbai Indians (MI) are locking horns with each other at the MA Chidambaram Stadium in Chennai. After winning the toss, the CSK skipper, Suresh Raina asked the visitors to bat first and his decision paid rich dividends as Quinton de Kock was dismissed by Deepak Chahar early.

Mumbai had a decent start to their innings as they scored just 13 runs in the first couple of over. However, De Kock started the third over with a six over the square leg boundary followed by a four on the very next ball of Deepak Chahar. After facing a dot ball, De Kock dismissed by the bowler on the third delivery while attempting a pull shot. After his dismissal, Lewis and Rohit started a partnership and the former got a huge lifeline in the final over the powerplay. They added 75 runs for the second wicket before, Lewis getting out in the 13th over.

WATCH – Chahar Get A Perfect Revenge Against De Kock

After Lewis’ dismissal, Mumbai’s innings almost got halted as they lost three wickets in just 23 runs. Even Krunal Pandya and Rohit got out soon. Hardik Pandya along with Kieron Pollard tried to resurrect the innings but only managed to get the total of 155/4 in their quota of 20 over despite scoring 27runs in the last two overs.

WATCH – CSK Felt The Absence Of Dhoni In Powerplay Itself

During the chase, CSK started their innings on a horrifying note as they lost their veteran opener, Shane Watson in the first over of Lasith Malinga itself. They kept on losing wickets in regular intervals as players like, Suresh Raina, Ambati Rayudu, Kedar Jadhav, and Dhruv Shorey left the team reeling at 60/5 at the end of the 10th over. However, on the other end, Murali Vijay kept some hopes for CSK, but in he also got out in the 12th over of Jasprit Bumrah owing a brilliant catch from Surya Kumar Yadav. 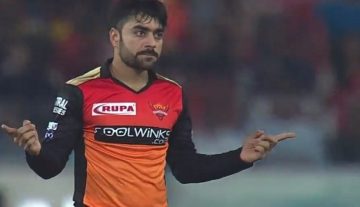