With the end of the fourth week of the 12th edition of the Indian Premier League (IPL), it’s still difficult to guess which team is the clear favorite in this season. However, the Chennai Super Kings (CSK) is once again leading the charts with seven wins already under their belt.

On the batting front, David Warner is still leading the table with 517 runs in 9 innings at a strike rate of 148. While on the bowling front, surprisingly, the fiery pacer, Kagiso Rabada is still donning the purple cap as he has scalped 21 wickets and maintained an economy of 7.69 in the first 10 games.

WATCH – Last Over Drama During RCB And CSK Game

Apart from batting and bowling, fielding has also been phenomenal from almost all the team in the second week of the tournament as well. Let us have a look at five of the best catches of the third week of IPL 2019. (P.S – It was difficult to choose just five).

During the chase, RR started off with all guns blazing as their openers, Rahul Tripathi and Jos Buttler added 38 runs in just three overs for the opening wicket, before the latter getting out on the first ball of the fourth over. Buttler was looking to wallop the length ball across the line but only managed to take the leading edge that swirls in the air for a long time. Nicholas Pooran turned around and ran back and settled himself before pouching it safe. 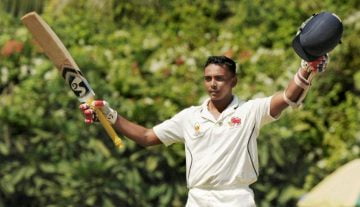