The final week of the league stages of the Indian Premier League (IPL) has somehow managed to shortlist a the teams for the playoffs in the last game. While Mumbai Indians (MI), Delhi Capitals (DC) and Chennai Super Kings (CSK) qualified with ease, while Sunrisers Hyderabad (SRH) became the first team in the history of IPL to reach the playoffs with just 12 points. The riveting action did not fail in providing great action and we witnessed the incredible moments from the IPL.

As an amalgamation of some of the best batting, bowling, and fielding efforts, let us have a look at fives of the best moments of the third week of IPL 2019. (P.S – It was difficult to choose just five).

However, the real magic happened in the 13th over of Lasith Malinga as he dismissed Karthik and Andre Russell in a matter of three balls. More importantly, Russell was dismissed for a golden duck. After those dismissals, KKR never managed to come back in the game as Nitish Rana played some shots but it was sufficient as he was also perished in the 18th over of Malinga. Eventually, Kolkata reached a total of 133/7 in their quota of 20 overs.

Here are videos of the dismissals: 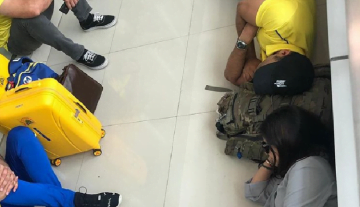