As the Kolkata Knight Riders (KKR) took on the Sunrisers Hyderabad (SRH) at the Eden Gardens, most of the fans were looking forward to seeing David Warner. The Aussie lad was making a comeback in the Indian Premier League (IPL) after a gap of one year. He received the ban by Cricket Australia (CA) for a period of one year while the IPL governing council too followed the suit.

Warner wasted no time in unleashing himself in the Orange jersey. He smashed two boundaries off Piyush Chawla in the second over. He continued to score boundaries for the Sunrisers as he even smashed Sunil Narine for two consecutive boundaries. Warner reached his fifty in style with a six on a short ball by Andre Russell.

The Australian southpaw went on to register his 37th half-century in the IPL, which is the highest by any cricketer as he surpassed Gautam Gambhir‘s tally of 36. However, that didn’t stop him as he and Jonny Bairstow put up a 118-run partnership for the opening wicket. Warner’s knock was cut short as Robin Uthappa held onto a superlative of a catch.

Scoring 85 runs from 53 balls, the innings included nine boundaries and three sixes. While he came close to scoring a century, it was no less for the Sunrisers. The visitors got a spectacular platform to begin with. It also allowed Vijay Shankar to go all all-out as SRH managed to put up 181/3 on board in the first innings.

Twitterati absolutely enjoyed, watching Warner bat the way he did on his IPL comeback. There were praises from all corners for his marvelous knock. While there were odd trolls on Warner with regards to ball tampering, there was more adulation for his fascinating knock. His fans in the IPL had missed him and Warner didn’t disappoint them at all.

Here are some of the amazing Twitter reactions for Warner’s brilliant knock of 85 (53):

Glad to see @davidwarner31 back with a punch. Shows tremendous character #KKRvSRH

When the good balls get hit for boundaries you know the quality of batsmanship , just what the doctor ordered on a comeback for #DavidWarner excellent from VijayShankar too intent from ball one 👏🏼 ..#KKRvsSRH #IPL #IPL2019 #BadriBytes

Absolutely not surprised by Warner’s immediate return to form. He is simply put… just a class act…Really thrilled for him.👏👏👏🙏#welcomeBackWarner#IPL2019

David Warner looks in superb touch at Eden Gardens. Brings up fifty on his IPL return inside nine overs with barely a false stroke along the way. #KKRvSRH

Warner welcomes SRK with a six! Seems, he also was made to watch Jab Harry Met Sejal by somebody..

David Warner isn't hitting the ball as confidently as he used to. Maybe it's not confidence, but the fear of altering the condition of the ball if he hits it hard. #IPL

Warner welcomes SRK by bludgeoning it for a SIX! In process hits the cameraman, teaching their brethren for filming Aussies 'playing' with the ball. #IPL2019

50* on a comeback.
Only Warner things 😚❤️#KKRvsSRH

Gets back to game with a bang 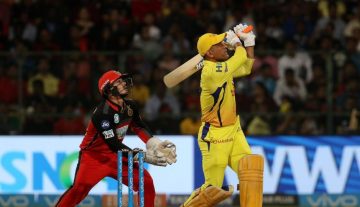