After the final of the recently concluded season of the Indian Premier League (IPL), veteran spinner Harbhajan Singh put up a picture of Shane Watson on social media revealing that the latter kept on batting on Sunday during the final between Mumbai Indians (MI) and Chennai Super Kings (CSK). That picture alone made fans realize how Watson had managed to bat with some serious pain and almost won the title for his team.

After the game, Watson has to receive six stitches on his left leg and yet continued batting without complaining about his pain, hence the bleeding. We all remember Anil Kumble‘s heroics from the famous Antigua Test in 2002 when he bowled with a broken jaw. Even more, than a decade later we see fans and cricketers lauding his heroism. West Indies legend Vivian Richards called it “one of the bravest things I’ve seen on the field of play.” Watson can be considered in the same category as he justified his place his the CSK squad with his bravery.

It wasn’t a great IPL for Watson but he kept himself in the middle in the finals, chasing single-handedly for the team. He scored 80 runs off 59 balls and fell only in final over of the game when he was ran out by Krunal Pandya. All of his efforts were on no means as Shardul Thakur missed a clever delivery from Lasith Malinga and was pinned in front of the stumps and CSK lost the game by 1 run.

However, despite all the former Australian is eyeing for a stronger come back stronger next time. He took to Instagram to express himself for the first time since the final and thanked the fans for their constant love and support. Though he was still hurt with a loss in the final, Watson is confident of coming back stronger next season.

ALSO READ: Kuldeep Credits Kohli And Dhoni For His Success In International Cricket

In the video, Watson was heard saying, “Hi, everyone. I just want to thank everyone for their love, support and best wishes that you have given me for the last couple of days. We were so close to getting over the line against Mumbai but it was an amazing final and I’m looking forward to a comeback next year to take that one step further[winning the next IPL edition]…but thanks again to everyone for the support and Whistle Podu!” 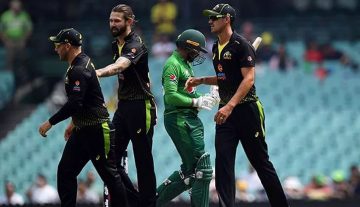