The Indian Premier League (IPL) 2020 was a hugely successful tournament with record viewership figures, but the Board of Control for Cricket in India (BCCI) wasn’t certain of hosting the T20 tournament as recently as June due to the novel coronavirus pandemic. BCCI treasurer Arun Dhumal revealed that a lot of officials weren;t sure of hosting the tournament after tennis star and 17-time Grand Slam champion, Novak Djokovic tested positive for the virus in June.

Dhumal said the BCCI was in dual minds whether to go ahead or not after the news of tennis players testing positive for the virus in the Djokovic-organised ‘Adria Tour’ came to light. The IPL 2020 missed the normal April-May window due to the pandemic and was indefinitely postponed by the BCCI. After the International Cricket Council (ICC) decided to postpone the T20 World Cup which was scheduled for October-November, the BCCI decided to use the window for hosting the IPL.

ALSO READ: BCCI Treasurer Revenue Generated By The Board In The IPL 2020

The cash-rich league was moved out of India as it took place in the UAE. Arun Dhumal said BCCI secretary Jay Shah was confident of hosting the tournament in September-November. During a chat with the Indian Express, Dhumal said, “After that report (about Djokovic testing positive) came in, we were in two minds. The IPL would go on for almost three months. However, Jay said we should go ahead, he was more confident than all of us.”

IPL 2020 comment with a blockbuster opening match between Mumbai Indians (MI) and Chennai Super Kings (CSK) and had an exciting play-offs race that ended on the last day of the league stages. Mumbai Indians have crowned champions for the 5th time after they defeated first-time finalists Delhi Capitals on November 10 in Dubai.

Dhumal went on to reveal that the BCCI earned ₹4000 crores from hosting the IPL and proved their naysayers wrong by pulling off a safe and successful tournament in the wake of the pandemic.

ALSO READ: Ravi Shastri Informs Of The Arrival Of Rohit And Ishant In Australia

Arun Dhumal explained, “We earned ₹ 4,000 crores during the pandemic time. Our TV viewership went about 25 percent higher, we got the highest-ever opening game. Those who doubted us came and thanked us for hosting the IPL.” 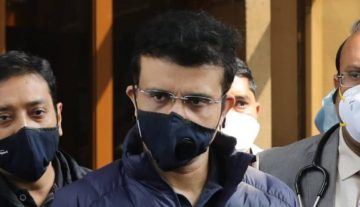