Sunrisers Hyderabad (SRH) have knocked out Royal Challengers Bangalore (RCB) from the Indian Premier League (IPL) 2020 as the two of their international captains, Kane Williamson and Jason Holder took the team home. RCB made every move possible to defend a low scored of 131, but SRH was too good with the ball as they registered their fourth win in a row.

Earlier RCB lost their new opener in skipper Virat Kohli after being asked to bat first off the bowling of Jason Holder. Devdutt Padikkal also tried to force the pace and was caught at the mid-wicket off the same bowler. Bangalore was reeling at 15/2 in the fourth over, AB de Villiers left no stone unturned in rebuilding the innings. Aaron Finch was also batting well as he added 41 runs for the third wicket. However, Finch got out to Shahbaz Nadeem in the 11th over while attempting to up the ante.

Of all ways to get out, Moeen Ali got run-out at a golden duck on free-hit while it seemed as if Shivam Dube never belonged to the middle. AB de Villiers, however, somehow managed to score some quick runs with no support at the other end and slammed a well-deserved half-century. But he got a snorter of a yorker from T Natarajan which pegged back his middle stump. Eventually, he only managed to reach 131 runs for the loss of 7 wickets in their 20 overs.

The chase was tricky given the dry pitch on offer and as a result, Shreevats Goswami was dismissed by Mohammed Siraj in the first over itself. However, Manish Pandey and Warner started cautiously as they added 41 runs in five overs. Warner eventually perished in the sixth over off Siraj.

After Warner’s dismiss, Virat Kohli introduced the spinners as Adam Zampa and Yuzvendra Chahal bowled with guile and accuracy not giving an inch to the opposition. Run-scoring came down suddenly and losing Pandey and Priyam Garg made things extremely tough for SRH. At 67/4 in the 12th over and then Williamson took control of the chase.

Williamson and Jason Holder kept on manoeuvering the ball well and churned out boundaries at the perfect time when the required run-rate went up. Equation came down to SRH needing 35 off the last four overs abut, Williamson and Holder were smart enough to pick 10 runs in the 18th over. It turned out to be the unbeaten match-winning partnership at the end of 65 runs as two international captains brought all their experience to take SRH over the line with a couple of balls to spare.

Jason has always been a go-to bowler for SRH  and he didn’t disappoint when the team needed him. Bowling his first over, he managed to scalp the in-form batsman, Virat Kohli on his second delivery itself. He completed his spell after scalping three wickets and conceded just 25 runs. During the chase, he amassed 24 off 20 deliveries with the help of three boundaries.

Kane Williamson has been enjoying a consistent run for SRH in the last couple of games for the IPL 2020. He was desperate to score, especially after being ignored for most of the parts of the tournament. He amassed as many as 50 runs in just 44 deliveries with the help of a couple of fours and as many sixes.

It’s been the second consecutive game when Devdutt Padikkal has failed miserably. RCB hasn’t managed to win a single match since his brilliant knock against KKR.

After scoring match-winning fifties against RR and CSK, Virat Kohli has been fairly consistent for RCB, but in some matches, he has failed to gain momentum in the middle. RCB needed him in a knock-out game, but he perished before dining much. 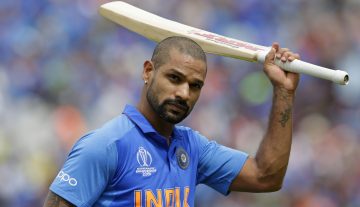