In the eliminator of the Indian Premier League (IPL) 2020 the IPL 2016 finalists, Sunrisers Hyderabad (SRH) and the Royal Challengers Bangalore (RCB) will be locking horns with each other at the Sheikh Zayed Stadium on Friday. The high-spirited SRH has reached the playoffs after three back-to-back wins that parachuted them to the third position on the points table.

While RCB suffered a bit in the league stage after four consecutive losses but managed to reach the playoffs. So there will be a clear fight between the both as a place in the second Qualifier 2 will be up for grabs today. With the change in the UAE’s season, the toss at Abu Dhabi will be significant. Interestingly, the last five fixtures were won by the chasing team.

Delhi Capital’s Anrich Nortje acknowledged that dew had begun to set in the second half of the first innings. So the team batting first will hope to mitigate the major toss disadvantage. The winner of this game will be locking horns with Delhi Capitals (DC) in the second qualifier as the latter lost

SRH will not willing to make any changes in their playing XI which has been doing wonders for them in recent times. Their only tactical change could see Abhishek Sharma play over Priyam Garg to give Warner a little-bit of bowling insurance.

RCB seems to be having some concerns recently adding to that Chris Morris’s hamstring niggle has increased the concerns. He didn’t complete the Delhi Capitals game but will be dearly needed in a bowling attack that’s suddenly lost its sting. RCB needs reassurances for their flaky middle order and might bring back Moeen Ali for Isuru Udana. 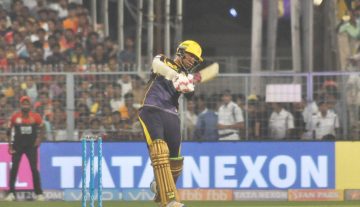