Delhi Capitals (DC) will be locking horns with Kings XI Punjab (KXIP) in the second match of the Indian Premier League (IPL) 2020 in Dubai. Both DC and KXIP are yet to win the IPL title and they will be determined to change that record this time. Delhi Capitals have a good mix of players as they have added R Ashwin and Ajinkya Rahane this season. Meanwhile, in Shreyas Iyer, Prithvi Shaw, and Rishabh Pant, they have many talented youngsters as well.

On the other hand, KXIP has KL Rahul and Chris Gayle at the top followed by Karun Nair, Sarfaraz Khan, Nicholas Pooran, and Glenn Maxwell to ensure that the middle-order of the team is also strong. Mohammed Shami, Mujeeb-Ur-Rehman, and James Neesham will be expected to complete the bowling attack.

These two teams have locked horns with each other 21 times put of KXIP has won 14 matches while DC has managed to win 10 games.

Delhi Capitals are led by Shreyas Iyer who will be expected to bat in top-order as they will also be banking on Prithvi Shaw and Shikhar Dhawan, Shimron Hetmyer, and Rishabh Pant. Delhi Capitals’ bowling line-up includes Kagiso Rabada, Ishant Sharma, Ravichandran Ashwin, and Keemo Paul. 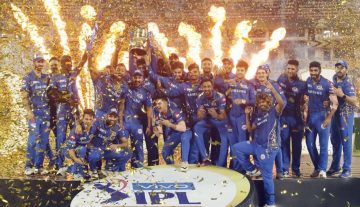