In the 33rd match of the Indian Premier League (IPL) 2020, Rajasthan Royals (RR) and Royal Challengers Bangalore (RCB) will be locking horns with each other at the Dubai International Stadium in Dubai in the afternoon game on the double-header Saturday (October 17). Both the teams will be looking to make a comeback to the winning ways when they lock horns on Saturday in Dubai.

Royals have hinted that Jos Buttler will be expected to lead the team, but nothing can be confirmed as yet. With Ben Stokes back in the side, Royals will fancy themselves to beat the Challengers – who are in good form this season with five wins under their belt in the first eight games.

On the other hand, the men in pink will be looking to get their act together after losing five of the opening eight games in the tournament. Steve Smith and his men have been on a patchy run of form and will be aiming to get back to winning ways. RCB have won five of their first eight games of IPL 2020 and are eager to take their place in the playoffs.

Rajasthan preferred to stick to opening with Ben Stokes for a second successive game, but they’d perhaps be better off opening with Uthappa alongside Buttler if they are going to play him. The middle-order still needs beefing up and having the reliable power-hitter in Stokes towards the end can lend some firepower even if the top order fails. Although the order can be a work in progress, they’re unlikely to chop and change further.

Why fix something’s that not broken – food for thought for Bangalore. Although Siraj went for a fair few against KXIP, they may opt to go in with the same XI and also back to their customary batting order. 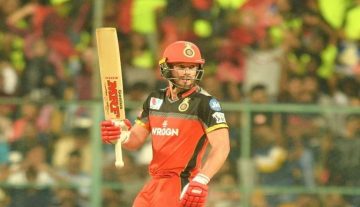 Article
By Shruti - May 7, 2019
RCB was one win away from the playoffs, says AB de Villiers