The 13th edition of the Indian Premier League (IPL) is scheduled to commence in United Arab Emirates (UAE) from September 19 and the eight franchises have already started their preparations for the IPL 2020.  The IPL which was originally scheduled to kick off from March 29 was postponed indefinitely after April 15 as the cases of the pandemic kept on increasing in the country.

Board of control for Cricket in India (BCCI) found the ‘window’ of opportunity to host the IPL 2020 when ICC postponed the T20 World Cup, which was scheduled to start from October 15. The Indian board on Wednesday circulated a 16-page document to all the IPL franchises and explained to them the guidelines which their team will have to follow during the course of the 53-day long tournament.

The Scheduled Operational Procedures (SOPs) contain guidelines for the family of players, supports staff, owners and administrators, protocols to be followed on the match day, the hotel, and gym rules amongst others. BCCI said that cricketers will have to undergo 5 Covid-19 tests before entering the bio-secure bubble in UAE

Explaining the same, a senior BCCI official talking to PTI said, “It’s always good if they have a PCR-Test done and land with a negative report. Then they can have two tests done 24 hours apart as the BCCI SOP mentions before we fly to the UAE. While two tests are mandatory, most franchises will have at least four tests done before leaving India.”

According to the reports of PTI, the Chennai Super Kings (CSK) players and support staff will be leaving August 22 and that Mumbai Indians (MI) have also quarantined their players. While the squad strength, in terms of players, is restricted to 24, the BCCI has not put a cap on support staff.

Informing the same, PTI reports read: “A couple of franchises will be taking up to 60 people, including full-fledged medical teams for daily health check-ups and the mandated COVID-19 testing of players every fifth day. We have got the approval in principle to go ahead and the papers will be landing anytime.” 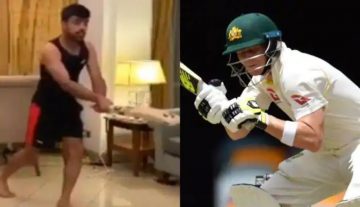