The Delhi Capitals (DC) can be termed as a favorite for winning the Indian Premier League (IPL) 2020, which is a position that they’ve very rarely found themselves in in the past. Shreyas Iyer his men looks solid in all departments and can be termed as the most balanced squad, with a strong Indian contingent supported by some world-class overseas T20 players.

DC has one of the best opening combinations in IPL 2020 – Shikhar Dhawan and Prithvi Shaw, along with the backup options as Ajinkya Rahane. Dhawan is one of the most successful openers in IPL and can be expected to be in good touch as well. Shaw, on the other hand, will be keen on letting his bat do the talking in IPL 2020. Both Dhawan and Shaw will be keen on staking claims for spots in the Indian squad for the upcoming T20 World Cup 2021.

Captain Shreyas Iyer will come in at No. 3 for DC in IPL 2020 followed by the gloveman, Rishabh Pant. Iyer is an excellent player of spin and leadership has elevated his game further in the last couple of seasons. On the other hand, Pant, who is incredibly effective in the IPL, possesses the match-winning ability which makes him the DC player to watch out for in IPL 2020.

Shimron Hetmyer was in decent form in the recently concluded Caribbean Premier League, and the attacking batsman will be keen on justifying the amount spend on him during the auction. He is capable of changing the course of a match in a matter of minutes and with Pant and Iyer ahead of him, it is unlikely that he plays any higher than No. 5.

The inclusion of these three players means that there is no room for both Rahane and Australian wicketkeeper Alex Carey, both of whom are excellent backup options on the bench. Australian all-rounder Marcus Stoinis can be expected to fill the all-rounder spots along with Axar Patel.

Ravichandran Ashwin hasn’t done enough with the bat in the IPL to qualify as an all-rounder, but he will be a valuable addition to the team owing to his experience as a spinner and it might turn out to be a masterstroke. The pace bowling slot alongside the ever-present Kagiso Rabada will be a toss-up between Ishant Sharma, and Anrich Nortje.

The Indian Test spearhead is expected to pip Nortje to the role given his success in IPL 2019, which means that DC’s first-choice XI this year might consist of only three overseas players, although they will be having the option of playing Sandeep Lamichhane if Mishra doesn’t perform as per the expectations. 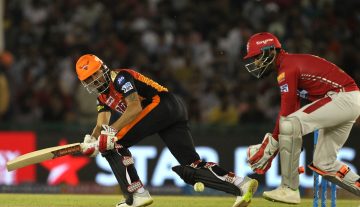