In the second Qualifier of the Indian Premier League (IPL) 2020 the Delhi Capitals (DC) will be facing the Sunrisers Hyderabad (SRH) at the Sheikh Zayed Stadium on Sunday. In the last couple of weeks, SRH has been absolutely sensational as they have pulled off four consecutive wins. They beat both MI and DC, who are the only other remaining teams in IPL 2020, during this winning streak.

The winner of Qualifier 2 will be locking horns with Mumbai Indians (MI) in the final. In the two league stage games between SRH and DC, it was David Warner’s team that was unbeaten in both the encounters and they will be gunning for a hat-trick of wins. DC’ only playoff win came against SRH in IPL 2019 when they won the Eliminator in Vizag.

However, heading into this match, the Capitals are low on confidence as they have lost five out of six games, including the first Qualifier. The loss to MI, their third in IPL 2020, has already worsened their playoff record and they will be desperate to turn this poor form around. On the other hand, SRH  will be aiming to capitalize on it and reach the IPL final for the third time in five years.

Prithvi Shaw’s lack of form at the top has been a major matter of r concern, as will that of the third pacer. Daniel Sams, who has played in place of Shimron Hetmyer, could find his place going back to an Indian pacer having not made much of a difference. Apart from that, the other DC players need to execute well.

They’d have little reason to change a winning combination. A possible change could happen if Wriddhiamn Saha passes fit he can be expected to replace Shrevats Goswami. 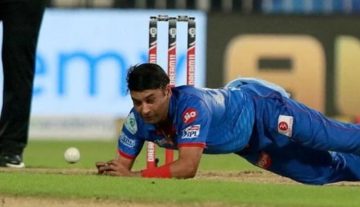