In the 34th match of the Indian Premier League (IPL) 2021, Kolkata Knight Riders (KKR) will be locking horns with Mumbai Indians (MI) at the Sheikh Zayed Stadium in Abu Dhabi on Thursday (September 23). Once again, it will be a clash between two teams that are standing in the middle of the point table. In their first game of the UAE leg, MI suffered a loss against Chennai Super Kings (CSK) on Sunday, will need a win to hang on to their top-four position, as a slip-up can push them way below on the point table.

MI will have their eyes fixed on the fitness of skipper Rohit Sharma, who decided to miss the match against CSK as he has been recuperating from a niggle that he sustained during the tour of England. Similarly, Hardik Pandya had also missed the CSK game, however, coach Mahela Jayawardene had confirmed that both Rohit and Hardik are fit could be available for selection for the match against KKR.

And as for the Knight Riders, they made a bright start to the second phase of the IPL 2021 with a thrashing win over Royal Challengers Bangalore (RCB). The win had lifted them to fifth place from the seventh position but they need to keep winning to maintain their hopes for entering the top four and get a ticket to the play-offs. It may be a blessing for them that they have already had a taste of conditions in Abu Dhabi during the match against RCB and it could be an advantage for them.

Mumbai Indians are coming into the game on the back of a 20-run defeat against CSK. With that defeat, they find themselves at fourth position with four wins in 8 matches. They have 6 matches left and every game from here on will be crucial for them. Ahead of their next game against KKR, they would be desperate to claim their fifth win of this season. On that note, we look at their predicted playing XI for the highly-anticipated clash.

With the win over RCB, KKR has now reached the sixth spot on the points table. They played the last game with a fearless brand of cricket and their fans will be hoping for would hope that they continue in the same vein. KKR is set to play their next game against defending champions Mumbai Indians and there aren’t any changes expected in their playing XI. 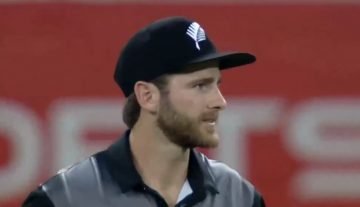