Rishabh Pant was holding one end tight and played a captain’s knock. An interesting incident occurred during the 19th over bowled by Dwayne Bravo. On the first ball of the over, Pant tried to slog Bravo and lost one hand from the bat handle.

However, this didn’t matter as Pant easily clear the boundary ropes by some distance and smashed Bravo for a one-handed six. 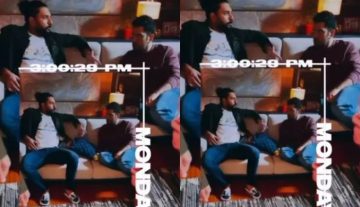