Royal Challengers Bangalore and Kolkata Knight Riders are up against each other in the Eliminator of the Indian Premier League 2021 in Sharjah. KKR are looking for their third IPL title while RCB are in the quest to break the nil.

Devdutt Padikkal and Virat Kohli gave a good start to RCB in the powerplay and added 49 runs for the first wicket in the first five overs. Lockie Ferguson dismissed Padikkal for 21 and gave KKR a much-needed breakthrough and Srikar Bharat walked out to bat at 3. RCB scored 53/1 inside the powerplay.

Then KKR tighten the screw on RCB and didn’t give any boundary for the next five over. Sunil Narine dismissed Bharat in his first over for a 16-ball knock for 9 runs. Kohli went for a slog but Narine kept the ball straight and bowled him for 39.

AB de Villiers came and showed his intent but Narine was too hot to handle for him as well. De Villiers got bowled for 11. RCB was going nowhere with their batting and Narine nailed the final nail in the coffin in his final over when he dismissed Glenn Maxwell for 15. Narine took 4/21 in his four-over spell.

I think #KKR are ahead but not by very much. Watch out for the Power Play. Could be decisive

Add 2 to the RCB total. Deserved.

Match winning spell from Sunil. What an effort- virat Maxwell ABD. What more does one want if you are a @KKRiders supporter from your top man. He has made Durga Puja evening that much better for many in Kolkata. Top effort.

Second time the umpire’s decision has been overturned by DRS. Both times the batters had or would’ve completed the run.. but since the ball goes dead, the run’s not allowed. Eventually, Every run matters in a game of fine margins.. #RCBvKKR

Narine has spun match KKR’s way in a superb spell, getting both Kohli and de Villiers. Maxwell is RCB’s best hope of somehow getting to 160. Possible?

The running between wickets has been really sharp this evening. And it has, importantly,been matched with boundaries. Very good start for #RCB. 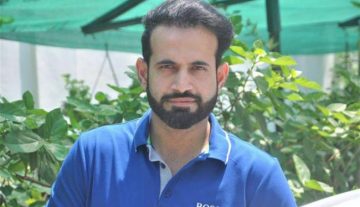