The Indian Premier League (IPL) mini-auction for the upcoming season of 2023 has been taking place in Kochi and it will be interesting to see how each of the teams finally shapes up. Here is what the Mumbai Indians (MI) are up to in the auctions.

Mumbai Indians bought Cameron Green for a whopping price of Rs. 17.50 crore and with this, he became the second most expensive player in IPL history as well. The young Australian all-rounder will replace Kieron Pollard in the franchise as well. However, they had earlier bid till Rs. 18.00 crore for Sam Curran but couldn’t buy him and they ensured that they get Green for IPL 2023 overtaking Royal Challengers Bangalore (RCB), and Delhi Capitals’ bidding war. However, Green is also MI’s biggest buy ever which also beat Ishan Kishan’s 15.25 crore bid in 2022 as well.

Mumbai Indians bought Jhye Richardson for 1.50 crore. Kings XI Punjab bought him in February 2021, but he failed to live up to the expectations where he played only three matches that season, taking three wickets at 39.00. Meanwhile, he then withdrew from the 2022 auction. But he has started the BBL season quite well and his value increased too.

Veteran leg-spinner Piyush Chawla was bought by the franchise for Rs 50 lakh in the ongoing IPL auction as well. He is an experienced campaigner in this competition, having been a regular face since the inaugural edition of the IPL. He has played a total of 165 matches in the IPL, where he has scalped 157 wickets at an average of 27.39 and an economy rate of 7.88 runs per over. The veteran has also scored 584 runs as well.

Rest of the players: 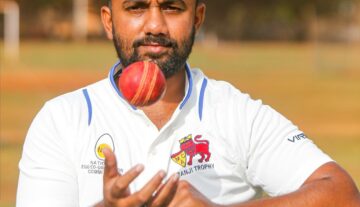