The IPL franchises have been seeking a three-day quarantine for their players arriving in UAE instead of the six days which has been mentioned in the SOPs drafted by the BCCI. They have also been looking to get the board’s permission to organize team and family dinners with “adequate” advanced notice.

Talking about the same to the PTI, a BCCI official said along with the above-stated points, the franchises have also requested to have food ordered from outside via contactless deliveries to the hotel and it will also be discussed in the team owners’ meeting with IPL officials on Wednesday evening.

ALSO READ: Virat Kohli Seems To Be Missing Playing With His RCB Teammates

The current SOPs states that the players and support staff will be tested on day 1, day 3, and day 6 of their quarantine in the UAE and after clearing that, they will be allowed to train. Describing the same, the official said, “Most players have not had much game time in the last 6 months and are looking forward to as much practice as possible…Subject to the advice of medical professionals, can we consider allowing players to practice by staying in the bubble, with 3 days of quarantining instead of 6 days?”

The BCCI has told the teams not to leave for UAE before August 20 though some of the teams, including CSK, wanted to leave early.

“Can teams be allowed to arrive anytime post August 15, instead of August 20 as mentioned to accommodate the quarantine period and still have enough time for practice and preparations of players?” read the note from the BCCI official.

As per the BCCI SOP, the families of players and team owners too will be to go through a bio-secure environment during the IPL. The teams want the BCCI to review that too. During the quarantine in the UAE, players will not be allowed to even have conversations with other team members and can only do so after clearing at least three COVID-19 tests.

The nite regarding the same from the BCCI officials said, “One big area of concern is the wellbeing of the players as they stay in a bubble for 80+ days. We understand protocol and bubble strategy from England versus West Indies series included activities such as golf, visits to specific restaurants, and visits to some pre-determined places. Can the IPL also consider allowing food orders from designated delivery outlets using contactless deliveries to the hotel.”

Teams have also sought clarity on whether players will be allowed to fulfill commercial commitments towards their respective teams by being part of “shoots and meet and greets”. 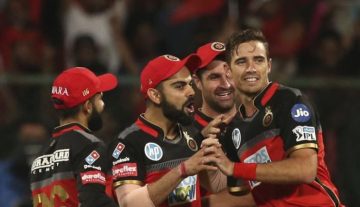