On August 2, the Indian Premier League (IPL) Governing Council will be having a meeting where they are expected to finalize the schedule and other key arrangements for the tournament, which will now be played in the United Arab Emirates (UAE). This year’s IPL was slated to commence from March 29 but due to the sudden rise of the cases of the coronavirus pandemic, the tournament was postponed indefinitely.

Explaining the same, one of the sources of the ANI in the BCCI said, “We are having the governing council meeting on 2nd of August, and major issues related to the league will be discussed in this meeting.”

Recently, the IPL Governing Council chairman Brijesh Patel had gone on to confirm that the 13th edition of the cash-rich league will commence on September 19 in the UAE.

On Monday, the Emirates Cricket Board (ECB) also confirmed that they have already received the official ‘Letter of Intent’ from the Board of Control for Cricket in India (BCCI) to host the 13th edition of the IPL.

Elaborating on the same, the source explained, “Everything will be discussed with all stakeholders as of now can’t comment more but can say that this meeting will give more clarity on the tournament. There are few issues raised by franchises which we will discuss with them and look for a way forward.”

The governing council meeting can also be expected to discuss the quarantine measures along with the standard operating procedures (SOP), training facilities in the bio-bubble, stay, and travel of the players.

Issues related to the broadcaster, shifting, and scheduling of the tournament and DXB app to be downloaded for players and other officials are likely to be discussed in the meeting as well. 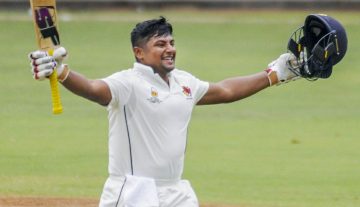 Article
By Shruti - Feb 19, 2020
Sarfaraz Khan Is Not Thinking About India Call-up