On Thursday, all the Indian Premier League (IPL) franchises have announced the list of retained and released players, as they will be shuffling their respective teams in the auction which will take place next month. Some of the big names will go under the hammer now despite earning huge bids in the auction earlier this year for the previous edition of the Indian Premier League (IPL). Gautam Gambhir and Yuvraj Singh were the two big Indian players who were released by the Delhi Daredevils (DD) and Kings XI Punjab (KXIP) respectively. Both had an ordinary season this year and were subsequently dropped after a few matches.

The teams mostly have parted ways with the domestic players and the overseas players who didn’t live up to the expectations. The core players of the sides are the same which is more often the case and the team will be built around them now.

Chennai Super Kings (CSK), the three-time champions and the defending champions, have released only three players and are keen on keeping the faith on their veteran players. Currently, they have a total of 23 players in their squad which is the most among all the other teams. However, they don’t have any room for the overseas cricketers and won’t be able to bid on them.

ALSO READ: Details of players retained, released and traded by every IPL team

KXIP is expected to be more active in the auction. They have only nine players in the squad at the moment and have a maximum of 15 slots to be filled (11 Indian and 4 overseas). Amazingly, the Royal Challengers Bangalore (RCB) are suddenly bereft of the specialist batsmen and have only three of them up their sleeves.

Players’ availability due to the World Cup that follows the IPL will also be taken into consideration which is probably the reason that Aaron Finch, the new Australian captain, has been released by the KXIP.

With the final list of he released and retained players announced by all the teams, here we have a look at the team-wise purse and a maximum number of players they will be able to pick in the auction.

Here’s the detailed information about the players and money left with the franchises: 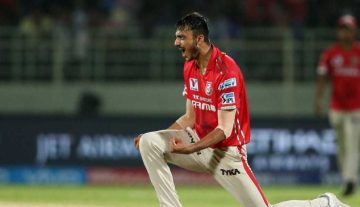