The veteran Indian seamer, Ishant Sharma reckons that the World Test Championship (WTC) is like a World Cup for him, and he wants the team to play the final scheduled for later this year. The ongoing four-match Test series against England is currently leveled at 1-1, and both the teams will be locking horns with each other in a pink-ball Test, scheduled to be commencing on Wednesday at the Motera Stadium. India registered a huge 317-run win against England in the second Test of the ongoing four-match series.

Talking about the same, Ishant Sharma said, “I would have loved to go to Australia to achieve the 100 Tests milestone. But, some things do not go as per plan. I couldn’t go to Australia, as soon as you move over certain things, life can become simpler. I have learnt that you cannot stay stuck regarding one thing in your career, it is important to move ahead. 131 Tests landmark of Kapil Dev is too far away, I am just focusing on the upcoming Test.”

He further added, “I am just focused on how to win this series and qualify for the final of the WTC. I just play one format, WTC is like a World Cup for me, if we play the final and then we go on to win, the feeling would be the same as winning the World Cup or the Champions Trophy.”

India will be able to reach the final of the ICC World Test Championship only if they don’t lose a Test against England. England, who led the table after winning the opening Test, has slipped to the fourth position with 67.0 percentage points. They can still qualify, but for that, they must win both remaining matches of the Test series against India.

When asked if he has witnessed any change in his bowling since 2018 when he scalped 76 wickets in 20 matches, Ishant Sharma was of the opinion that it happened because they played more outside India. He also asserted that fast bowlers need to understand their skillset to grow.

Talking about Navdeep Saini and Mohammad Siraj, Ishant Sharma said, “Saini has pace, Siraj has control. You have to understand people’s strength. Skill sets are different and if you tell Saini to bowl one area and Siraj to hit 140k, then you are not doing justice to their strengths.  As long as I can maintain the intensity in my game, I will play for India.” 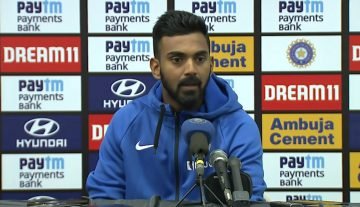