The cancellation of the fifth and final Test between India and England at Old Trafford in Manchester has left everyone shocked as well as surprised. And, England pacer James Anderson is no different.

With the series stood at 2-1 after India registered a convincing win in the fourth Test, the Manchester Test was about to be the decider one. But, the final match, however, was cancelled when Team India physio has tested positive before the game, which left them taking the decision as well.

Meanwhile, the veteran speedster James Anderson also wondered whether he would get to play another Test match for his country at his home ground as well.

“I’m gutted for everyone at Lancashire cricket, for the fans who paid for tickets/trains/hotels, for both sets of supporters that wanted to see the finish this series deserved,” Anderson wrote on his Instagram page. “I hope it will be played again at some point and I hope I will get to play another international game at my home ground that I love so much.” 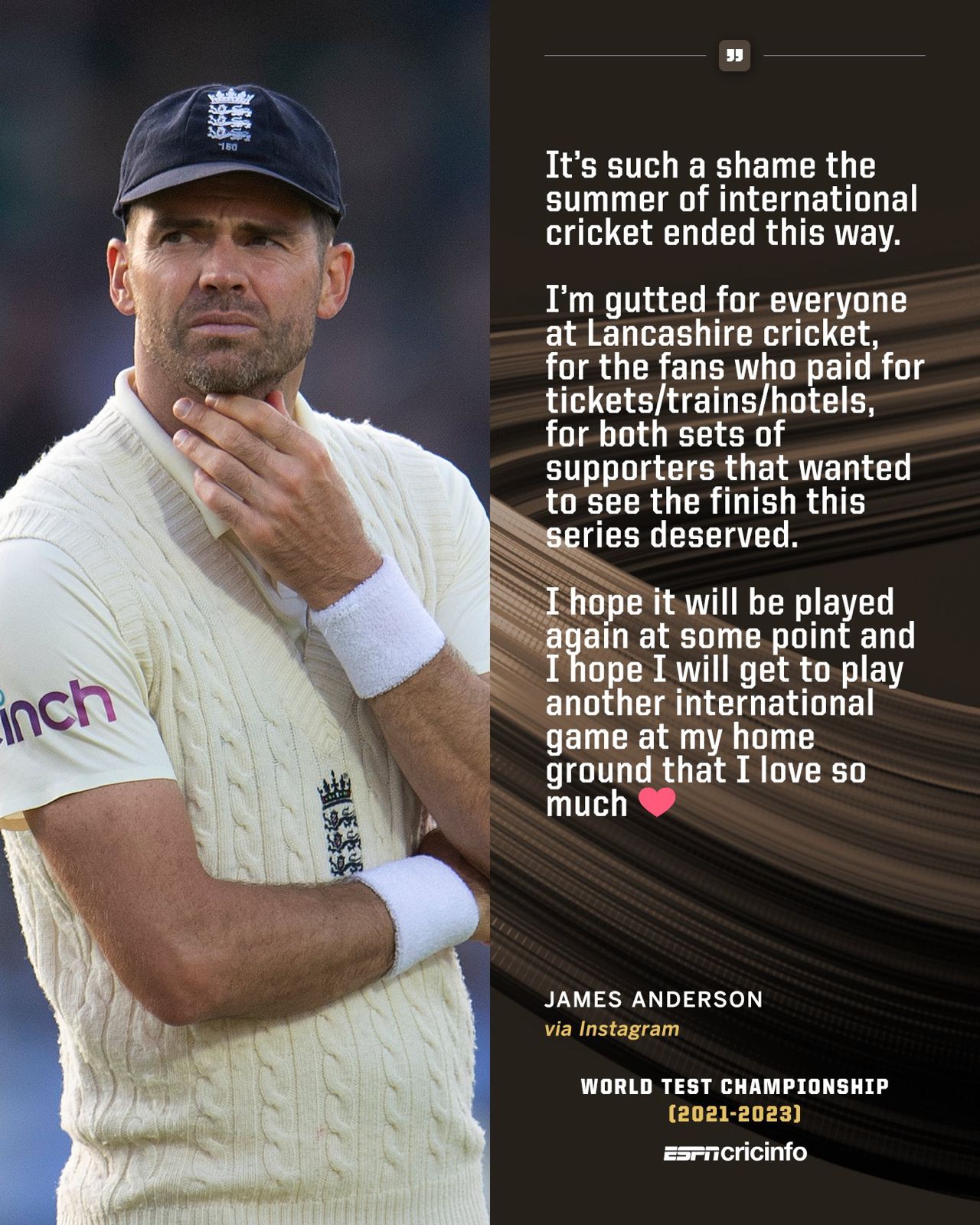 However, James Anderson has taken 632 wickets from 166 Tests whereas claimed 15 wickets from the four Tests against India in the recently-concluded series as well.

Meanwhile, Virat Kohli has become a target of a “dirty game” by the Indian media after this incident. And, former Pakistan captain Salman Butt has said that with a successful Test series in the kitty and an important T20 World Cup coming up to Kohli and this is not the right time to debate on this matter.

Salman Butt said in a video on his YouTube channel: “Do you see the timing of this news? I don’t have a problem with what the board thinks, it’s about their own evaluation of who can take their cricket forward… but is this the time to discuss these things? Now there’s talk of Virat Kohli’s captaincy being on the danger line. He’s recently played a series in England, led his team really well, he was being criticized for his team selections but he’s constantly backing his team and in turn the team is responding to him and playing good cricket… the team is at the top in every format and the World Cup is right up front, so such news surfacing in the media is nothing but a dirty game.”