England on Thursday announced their playing XI for the rescheduled fifth Test against India that begins at Edgbaston on Friday. James Anderson, who had missed the final Test against New Zealand in a three-match series, has returned to the team, replacing Jamie Overton. Sam Billings, who was Ben Foakes’ COVID-19 replacement in the third Test against New Zealand, has been picked as a wicket-keeper.

In a statement confirming the same, the England Cricket Board said, “The Three Lions make one change to the side that won the third Test against New Zealand at Headingley, with Jimmy Anderson returning to the side in place of Jamie Overton.”

Our XI for the fifth LV= Insurance Test with @BCCI 🏏

Openers Alex Lees and Zak Crawley have managed to keep their place in the team despite struggling to score runs against New Zealand. Ollie Pope will continue to bat at No.3, after an impressive display in the recently concluded series whitewash against the Kiwis. The in-form Joe Root and Jonny Bairstow, along with the newly appointed skipper, Ben Stokes make up the rest of the batting order.

England’s bowling attack will be spearheaded by the veteran duo of Anderson and Stuart Broad. England are also persisting with the young Matthew Potts, who was in fine form in his debut series against New Zealand. Jack Leach has also been picked for his left-arm spin.

India is currently leading the series with a 2-1 margin, having registered famous wins at Lord’s and The Oval last year. The fifth Test, originally set to be held in Manchester, was postponed due to a COVID-19 outbreak in the Indian camp. 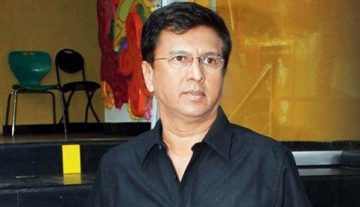