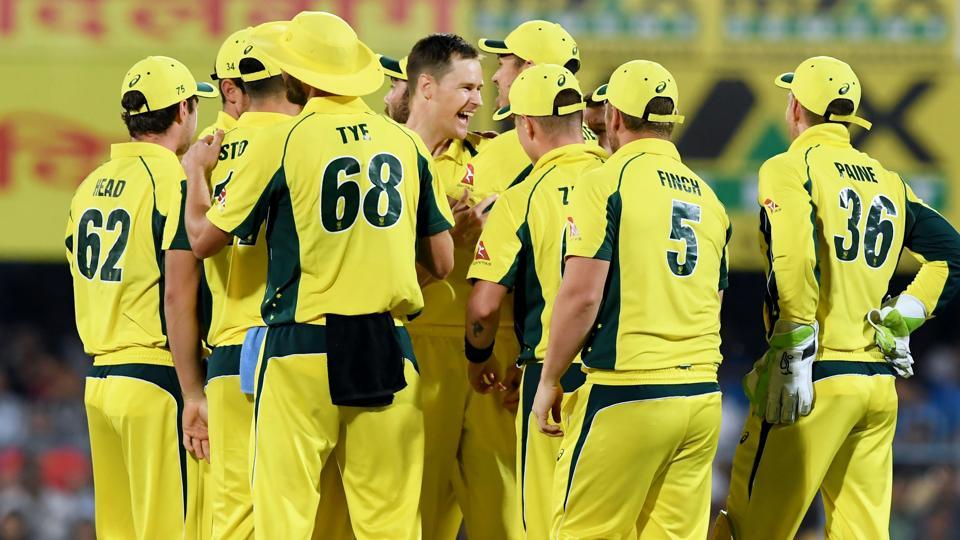 It was a new experience for Guwahati crowd as they were witnessing an International match after a whole seven years. The last time, India-New Zealand locked horn in an ODI match. However, that was held in the other stadium. Thus, the gateway of North East states witnessed a different joy with an International match and a fantastic new stadium.

After a slight rain, the ground was prepared for the match. But the Indian fans were not ready to what was to unfold. David Warner asked his bowlers to have a crack at Indian batsmen. Left-arm Jason Behrendroff was holding the ball in front of Hit Man. First two out of three balls returned after kissing the boundary rope and Behrendroff’s another miserable outing was on the cards.

But here came the twist in the tale as he trapped Sharma in front with an inswinger. And outcome Indian skipper with a paintbrush in hands, but Behrendroff brushed the inside edge of Kohli’s brush onto the pads before getting him caught and bowled for a silver duck, his first in T20Is. India was reduced to 8/2 after just one over and their top two limited over batsmen were back in the hut.

Behrendroff was steaming in for his second over, but Manish Pandey edged one past the slip for a boundary. But on the very next ball, Pandey threw it away with an easy outside edge to the keeper. This was not it for the young Aussie lad as he outsmarts Dhawan as well. Though, that wicket belonged to David Warner, who took a stunning skier while running back. Thus, India was struggling for the oxygen at 27/4 after just 4.3 over.

Interestingly, all these wickets went in Behrendroff’s account and he finished his four-over spell straightaway while registering a figure of 21/4. Now, these are the best bowling spell for an Australian against India in T20Is bettering 3/11 by Nathan Bracken at iconic MCG.