In the 2020 edition of the IPL, Marsh had got injured in the first game of the season against the Royal Challengers Bangalore (RCB) of the 2020 edition and could not play thereafter. In an update regarding the same, SRH said, “Sunrisers Hyderabad have signed up England batsman Jason Roy as a replacement for Mitchell Marsh, who has made himself unavailable for the entire season owing to personal reasons.”

Due to personal reasons, Mitchell Marsh will be opting out of #IPL2021.

Mitchell Marsh, bought by the Hyderabad franchise for a base price of ₹2 crores in the 2020 auction, failed to take part in the last edition of the tournament as well. Having twisted his ankle during SRH’s very first match against RCB, he could not take further part in the tournament. Jason Holder, subsequently, replaced him.

The Australia all-rounder has since recovered and was part of the Australian team in the T20I series in New Zealand recently. He was also seen playing for the Perth Scorchers in the Big Bash League. Marsh has played 21 IPL games over the course of 10 years, has also turned up for Deccan Chargers and Pune Warriors.

Jason Roy has played a total of eight matches and scored 179 runs with one half-century to his name. SRH have acquired Roy at his base price of ₹2 crores. Roy showed decent form in the recent ODI and T20 series against India but failed to convert his starts into something big. 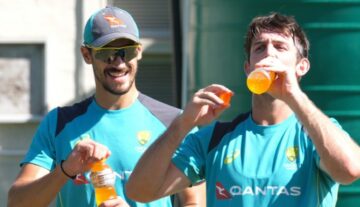