The Australian all-rounder, Mitchell Marsh has decided to pull out of the Indian Premier League (IPL) 2021. Accoridng to the reports of Cricbuzz the main reason behind him pulling out is his inability to spend long times inside the bio-secure bubble and informed his decision to the Board of Control for Cricket in India (BCCI) as well as Sunrisers Hyderabad (SRH) a few days back.

The reports also suggested that SRH has roped in a prominent England batsman, who did well in the just-concluded T20I series against India to replace Marsh. Accoridng to the latest IPL bio-security protocols, Marsh would have had to undergo seven-day isolation in addition to living in a restricted ecosystem throughout the 50-day tournament.

Mitchell Marsh, bought by the Hyderabad franchise for a base price of ₹2 crores in the 2020 auction, failed to take part in the last edition of the tournament as well. Having twisted his ankle during SRH’s very first match against Royal Challengers Bangalore (RCB), he could not take further part in the tournament. Jason Holder, subsequently, replaced him.

The Australia all-rounder has since recovered and was part of the Australian team in the T20I series in New Zealand recently. He was also seen playing for the Perth Scorchers in the Big Bash League. Marsh has played 21 IPL games over the course of 10 years, has also turned up for Deccan Chargers and Pune Warriors.

ALSO READ: BCCI Announces Ban For The Captain With Slow Over-rate In IPL 2021?

Meanwhile, a few South African veterans, Faf du Plessis and Imran Tahir have landed in India and gone into their mandatory seven-day isolation. Faf du Plessis has joined the Chennai Super Kings team in Mumbai while veteran spinner Imran Tahir is expected to start his quarantine on Thursday (April 1), the franchise said. AB de Villiers has also joined the RCB squad in Chennai. 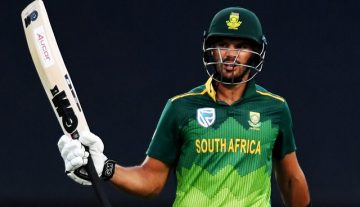