The premier Indian pacer, Jhulan Goswami will be turning 39 by the time the postponed Women’s World Cup comes in 2022 but she is willing to taking part in the mega event as she feels her performance will not come down. The 2021 ODI World Cup in New Zealand in February-March was expected to be the last one for greats like Jhulan and the Indian ODI skipper, Mithali Raj.

Following ICC’s announcement on Friday, Mithali shared that the postponement will help her team to be well prepared as due to the COVID-19 pandemic, their plans suffered a lot. Jhulan, like Mithali, also wants to be there in New Zealand 18 months from now but says her fitness and performance before the tournament will decide the future.

Explaining the same, Jhulan said, “We have got a lot of time for preparation, almost 18 months, but on the other hand, it would have been good if it happened next year as I was focussed on that for long. To play for India is the biggest honour. Yes 2022 is the goal now but you have to be part of the process and play matches consistently and perform and then you can think about the World Cup because there is a lot of time left and it is not round the corner anymore.”

She further added, “At this time, I can only think about the next series and performing in it and start from zero and that is what I am going to do. At this moment, it is about getting access to the ground, hopefully, we will have a camp in September before the Women’s T20 Challenge (during IPL in November), which is the next assignment we have.”

Commenting on ICC’s decision to postpone the Women’s ODI World Cup, Jhulan termed the decision is right as most teams would have not been able to prepare well.

Explaining the same, “With the current COVID-19 situation, the preparation was held up. You have a lot of things going in the mind, combinations, and ideas and you need time to try them. On that front, we will get enough time to prepare but if COVID-19 did not come, we would have played the World Cup timely and it would have been better for us. It would have not been easy to create a bio-bubble for eight teams, hopefully, there will be a vaccine soon.” 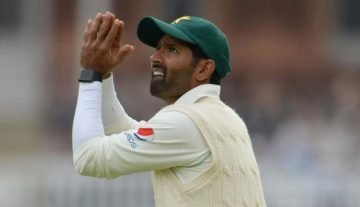 News
By CricShots - May 25, 2018
Pakistan Cricketers Barred To Wear Smartwatches On The Field