New Zealand all-rounder Jimmy Neesham is very active on the social media site Twitter and has been seen giving some humorous replies. Another such incident occurred when a Pakistani fan asked something which put Neesham off.

Currently, New Zealand are on a tour of Bangladesh in order to participate in the five-match T20I series. This series is a buildup for the preparations of the upcoming T20 World Cup 2021, to be hosted in the UAE and Oman.

Also Read: Jimmy Neesham takes a dig at Ishant Sharma for bowling a nine-ball over

Meanwhile, the second leg of the Indian Premier League 2021 is also around the corner and will kick off from September 19 in the UAE with Chennai Super Kings and Mumbai Indians resuming the league. The T20 World Cup will commence after the conclusion of the IPL 2021.

Neesham is currently in quarantine in the UAE, where he will play his trade for Mumbai Indians in the IPL. New Zealand and Bangladesh played the first T20I on September 1 and he was looking for the channel to watch the game live. He asked his followers to tell him how to watch it on TV.

To which, a Pakistan fan tried to pull his leg and said it’s a shame that he skipped national duties for money.

Shame on you. Skipped national duties for Money.

Neesham was getting this question several times in the last few days and he finally decided to break his silence. He revealed he made a request to participate in the T20I series against Bangladesh but he was denied.

I’m getting a lot of messages like this so I want to be crystal clear.

It is an NZ Cricket player welfare policy that first choice players aren’t on this tour. I made a request for an exemption but that request was denied. https://t.co/m3CglBWFYF

Several Australian cricketers have pulled out of the UAE leg of IPL 2021 to focus on the T20 World Cup. But New Zealand cricketers were allowed to feature in the league and it wasn’t made necessary for them to play for the country first and give the IPL a miss.

The all-rounder explained that it was a part of the New Zealand Cricket Player Welfare Policy that he is not a part of this tour. 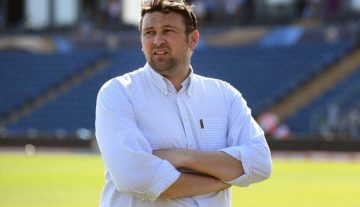