Pakistan and England are locking horns with each other in the second Test of the three-match series at the Multan Cricket Stadium. There is no denying the fact that there have been a plethora of funny incidents on a cricket field, and some are known to bring laughter among the players with their doings. Former English skipper, Joe Root is one such character who loves to bring joy, but his razor-sharp accuracy while predicting where the ball was pitched for Babar Azam’s wicket left everyone in disbelief.

Chasing 355 in the second Test against England, Pakistan, 1-0 down in the three-match series, slipped from 66/0 to 83/3 on Day 3 in Multan. They ended up losing three wickets against the English pacers, and all returned to the pavilion after being rattled. Among the three Pakistani wickets, the amount of seam movement when Babar Azam was cleaned up by Ollie Robinson arguably impressed the most.

During the drinks break of the second session, Joe Root and Robinson were seen discussing how they got rid of Babar. During their chat, Root did something extraordinary, predicting the exact same pitch point where Robinson bowled, turning back sharply to knock over Babar.

However, Ollie Robinson disagreed with the former England skipper, and pointed at where he thought was pitched. While Robinson’s prediction was no way near where he actually pitched, Root’s exact point attracted a lot of attention on social media.

Here is the video of Joe Root predicting the dismissal:

Here is how the netizens reacted:

Joe Root exactly pointing at the spot where the ball pitched. Wow
#PAKvENG 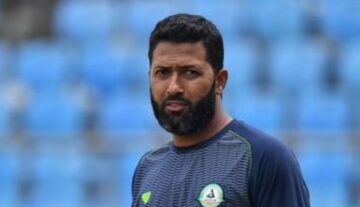