Current England Test skipper Joe Root believes all-rounder Ben Stokes will be a “fantastic captain” if he gets the responsibility to lead England in the Test matches. Joe Root is expected to take some time off and hand over the baton to someone else as he prepares to become a father again. Recently, England and Wales Cricket Board (ECB) released its international program after having to reschedule everything due to Corona Virus.

They are scheduled to play a three-Test series against the West Indies. The tour starts on July 8 at Southampton. However, Joe Root’s wife is expected to give birth to their second child.

On Tuesday, The England captain revealed how he will be there to attend the birth in every possible circumstance. With that statement made, vice-captain Ben Stokes is expected to take over. He also added how the extra burdens of captaincy will be easy for the all-rounder to cope with.

Root said, “I think if Ben was captain he would be fantastic. One of his great qualities as vice-captain and as a leader is he sets the example. The way he goes about his training, how he wants to bowl in difficult circumstances, the way he stands up in different scenarios with the bat. He drags people with him and gets the best out of the players around him.”

Root said, “The start of July is the due date, so that complicates things slightly. In terms of the bubble, and the pregnancy, it’s always an evolving thing, it’s being discussed currently with the medical team.”

On Tuesday, The ECB released the dates for the West Indies tour. Root believes the series will a huge boost to the game of cricket even if its played without any spectators. He said, “It must be extremely scary. I think the whole cricketing world will be grateful to see some cricket again.” 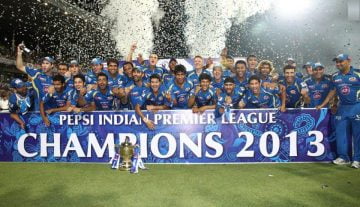 On This Day
By CricShotsStaff - May 26, 2020
Mumbai Indians Lift Their Maiden IPL Title On This Day