The Australian fast bowler, Josh Hazlewood managed to produce an unbelievable run-out in the field when he sent back Hanuma Vihari and push India on the backfoot on Day 3 of the ongoing third Test in Sydney. Vihari came in to the bat after the dismissal of the stand-in skipper, Ajinkya Rahane but he was batting with a lot of caution.

Having crawled to four off 37 balls, Vihari came down the track and pushed the ball towards mid-off to steal a quick single in the 68th over of the innings, bowled by Nathan Lyon. Hazlewood came diving to his right to collect the ball and hit the bull’s eye with his body still in the air. Sharing the video of Hazlewood’s brilliant fielding effort, cricket.com.au tweeted: “Don’t take on the Hoff!”.

Aussie quicks have a good record of direct hits against India! #AUSvIND https://t.co/iS4mGwZ799

With Cheteshwar Puajara already batting at a below-par strike-rate from one end, Vihari’s overly defensive approach kept on increasing the pressure from both ends which eventually forced him to take a risky single and he ended up paying a big price for it.

ALSO READ: Rishabh Pant Taken To Hospital For Scans Of His Elbow

This series has already witnessed some brilliant run-outs, including the one on the second day of the ongoing Test match when Ravindra Jadeja got rid of Steve Smith for 131 with a bullet throw. However, Vihari’s run out reminded many of Virat Kohli’s dismissal in the first innings of the day-night Test in Adelaide after which the game started turning the favor of the hosts.

While similar at first sight both these dismissals were somewhat different as Kohli was at the non-striker’s end when he got out after a mix-up with Rahane while Vihari was the only person to blame for his wicket as he decided to go for the run but failed to make his crease in time.

ALSO READ: MS Dhoni Feels He Will Finish All The Strawberries In His Farm

While Kohli’s run out in the opening Test of the four-match series was a major turning point, it is to be seen if Vihari’s dismissal will have the same effect. 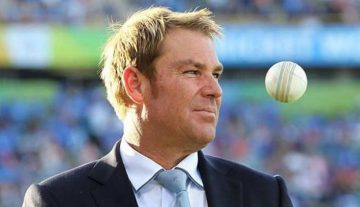