Ever since the Indian skipper, Virat Kohli has taken over the reins of team India across all formats, yo-yo fitness test has been playing a crucial role in selecting a player. Rather a few of the cricketers have lost their place in the team for failing the test. Ambati Rayudu was dropped from the squad just before England tour in 2018 as he failed the yo-yo test.

Yo-yo test resulted in a lot of controversy for the Indian cricket with many claiming that they were dropped even after clearing the test. Former Indian all-rounder, Yuvraj Singh is one of those who recently stated that he was told to clear the test to be eligible for selection and wasn’t picked even after passing it with flying colors.

While fitness was still given the priority in the early 2000s, no such tests were conducted before the selections then. Commenting on fitness during his playing days, former India cricketer Mohammad Kaif has claimed that not many would’ve cleared the yo-yo test from that team when he used to play for the country.

He felt that only himself, Lakshmipathy Balaji and Yuvraj Singh would’ve cleared the yo-yo test when he was in the team but reckoned that the others wouldn’t have crossed the mark. During a live Helo session, Kaif said, “Fitness is very important for cricketers. If we did the Yo-Ye test during our time, Balaji and I could have fulfilled that criteria, even Yuvraj Singh was good. But, I do not think that others would have passed the Yo-Yo test.”

The cricketer from Uttar Pradesh also lauded Kohli for his contribution to the team every time he takes the field. But he also pointed out that the whole team needs to do better in the big tournaments. India has been making it to the semi-finals and finals of the ICC events since T20 World Cup 2014 but never managed to clinch the title.

Kaif elaborated, “Individually Kohli is a big player, but to win tournaments the whole team should contribute. I hope Kohli will work on this. At the same time, he needs to back his selection and should give proper chances to show their talents.” 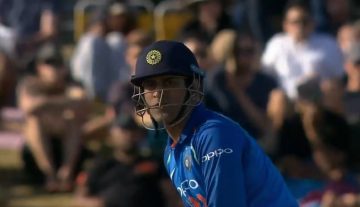