New Zealand skipper Kane Williamson will not be able to take part in the third and final T20I of the ongoing series against India as he is scheduled to attend a pre-arranged medical appointment. Veteran Kiwi pacer Tim Southee has been named the stand-in skipper for the final T20I of the series in Napier.

However, the Kiwi captain will be back in the squad ahead of the three-match ODI series on Friday, November 25. Before the start of the home series, it was already stated that Williamson was slated to miss some part of the action to manage his workload in a hectic schedule.

In an official regarding the same, NZ cricket said, “Kane’s been trying to get this booked in for a while now, but unfortunately it hasn’t been able to fit into our schedule. The health and well-being of our players and staff is paramount, and we look forward to seeing him in Auckland.”

At the same time, New Zealand’s head coach Gary Stead also clarified that the pre-arranged medical appointment has got nothing to do with the elbow injury that Kane has been nursing for a while.

Kane Williamson, who did not have an impressive run in the T20 World Cup 2022, rediscovered his rhythm with the bat during the semis against Pakistan where he scored a crucial 46. Nonetheless, that was not enough, as the opening partnership of 105 runs between skipper Babar Azam, and Mohammad Rizwan knocked New Zealand out of the competition.

Even in the second T20I at the Bay Oval, he was the lone warrior for the BlackCaps while chasing a stiff 192 set by India. While the others faltered in the run chase, the Tauranga-born cricketer held on from one end and soldiered on for the hosts scoring a 48-ball 50. Mark Champman will replace Williamson in the squad for the final match of the series, while Tim Southee will lead the side in the absence of the influential skipper. 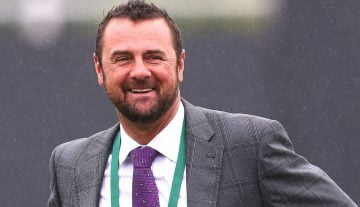