On Friday, the legendary Indian cricketer, Kapil Dev said “An MNC cannot have two CEOs”, while making his stance clear on the raging debate over the split captaincy in Indian cricket. Ever since Rohit Sharma guided Mumbai Indians to a fifth IPL title, social media is filled with the split captaincy debate with several former players suggesting that the opener can be handed over at least the captaincy of the T20 side. Virat Kohli currently leads India in all three formats.

During a chat at the HT leadership summit, Kapil said, “In our culture, it is not going to happen that way. In one company you make two CEOs? No. If Kohli is going to play T20s and he is good enough, let him be there. Even though I would like to see other people coming out. Our 80 percent, 70 percent of the team across formats is the same team. If you have two captains, players might think he is going to be my captain in Tests. I will not annoy him.”

The 61-year-old recently underwent angioplasty after suffering a heart attack. Talking about the art of fast bowling, former skipper said pacers having too many variations saddens him.

Former Indian skipper explained, “I am not happy with fast bowlers (these days). The first ball cannot be across the seam. Players in IPL realized that swing is more important than pace. Sandeep (Sharma), who bowled 120 kph, was tougher because he was moving the ball. Bowlers have to understand it’s not the pace, it’s the swing. They should learn but are running away from art. T Natarajan was my hero of IPL – the young boy was fearless and bowling so many yorkers.”

India’s legendary captain elaborated, “Look at Shami, Bumrah. As a cricketer, it gives me a lot of happiness to say that today we depend on our fast bowlers. Our bowlers are capable of taking 20 wickets in a match. We’ve had spinners – Kumble, Harbhajan, but today no country would like to say ‘give them bouncy wickets’.”

The legendary captain also added that whoever wins the upcoming India-Australia series, the team should go on to win the World Test Championship. 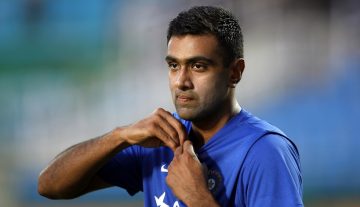