The stare incident between Virat Kohli and Suryakumar Yadav certainly added a bit of spice into the Indian Premier League (IPL) 2020. It became one of the most-talked-about controversies in the tournament this season. Kohli made a sledging attempt at Suryakumar, who was batting like a man on a mission during Match 48 of IPL 2020 on October 28 with Mumbai Indians (MI) chasing 165 in Abu Dhabi against Royal Challengers Bangalore (RCB).

It was during the run chase that Virat attempted to break Surya’s composure, but the latter gave the RCB skipper a stare back without uttering a single word. The clip of the incident went viral on social media as the incident took place just a day after Surya was overlooked from Team India selection for the Australia tour which raised a lot of eyebrows in the cricketing fraternity.

However, Suryakumar Yadav played down the incident during a recent interview with India Today, as he said, “It was in the heat of the moment, there was nothing going on between me and him from before that we brought into that game. I have always seen him (Virat Kohli) as energetic in every game it wasn’t like that game against MI was an exception.”

He further added, “It was an important game for RCB as well because they also had the chance to go into top-2 if they had won. After the match he was just normal. He said, ‘well played’ to everybody afterwards. It was just in that moment (his staring incident with Virat Kohli). He also knew at that situation who was the key player in the opposition.”

Suryakumar Yadav finished the chase unbeaten on 79 off 43 balls with the help of 10 fours and 3 maximums as MI won by 5 wickets. Surya’s ‘Main Hoon Na’ celebration also went viral on social media after the game. The 30-year-old described his emotions before the game and how he wasn’t feeling ready for it after being ignored yet again by the BCCI’s national selectors despite his strong performances with the bat in domestic cricket throughout the season.

The youngster explained, “The next day (after Team India selection) we were supposed to play against Royal Challengers Bangalore. I thought this was the perfect opportunity to score some runs against a big team. Then we got a good total to chase and I went out to bat at the right time also. Then I started thinking that this is the perfect opportunity to make an impactful performance and I was very happy with that game.”

Surya finished IPL 2020 with a tally of 480 runs from 16 matches at an average of 40, he also scored 4 half-centuries. He was the fourth-highest-getter in the 13th edition of the league and third-highest for the eventual champions MI behind Ishant Kishan (516) and Quinton de Kock (503). 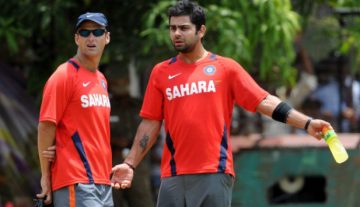