Former Indian captain Kapil Dev feels the decision whether to play against Pakistan or not in the upcoming ICC Cricket World Cup 2019 should be left on the Indian Government. The voices are being raised to boycott Pakistan in the World Cup after a terrorist attack in Jammu and Kashmir’s Pulwama district.

On last Thursday, the Indian army lost more than 44 soldiers of its CRPF troops in a terrorist attack in Pulwama. Pakistan-based Jaish-e-Mohammad claimed the full responsibility of that attack. Thus, the relation between India and Pakistan reached a new low.

The clash between India and Pakistan is scheduled to take place on June 16 in Manchester’s Old Trafford Stadium.

“To play or not to play is something which does not have to be decided by people like us. It has to be decided by the government. It’s better if we don’t give an opinion and leave it to the government and concerned people. Whatever they [government] decides will be in the interest of the nation. We’ll do what they want,” Kapil said on Friday.

On Friday BCCI shot a letter to ICC asking for robust security measures as it feared for the safety of players and match officials in the World Cup, as well as fans, and urged the ICC and England & Wales Cricket Board (ECB) to amp up security for the tournament.

“The BCCI wishes to address concerns and sentiments that have emerged after the recent dastardly terrorist attack which was carried out on Indian soil by a terror outfit based out of Pakistan which resulted in the death of 44 Indian security personnel. In view of the aforesaid terrorist attack, BCCI fears for the safety and security of players and match officials participating in upcoming ICC events including the ICC Cricket World Cup 2019,” the BCCI said in a statement.

At the moment, the dark clouds are hovering over the proposed match between arch-rivals. However, the final verdict is yet to be announced. 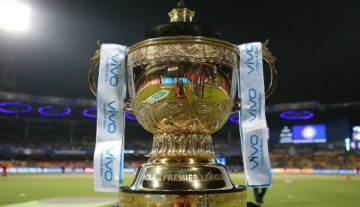