The World Health Organisation (WHO) recognized pandemic COVID-19 has almost put the whole world to a screeching halt. More than 2.5 lakh people in over 120 countries have been infected by the pandemic, which originated in the Wuhan city of China, late last year. The entire world has come to a standstill, with schools, colleges, gyms, movie theatres, sports events, borders, being locked down as the world braces for a lockdown in a bid to counter the current scenario.

Following the rising proliferation, health advisories are being issued on a regular basis. Public figures from all walks of life are taking to their social media accounts to aware the people around the world. And, the latest to join the bandwagon is former England cricketer Kevin Pietersen and the Indian fans have thanked him for showing the concern.

Pietersen posted a heartwarming message for all his Indian fans in Hindi, urging his fans to follow the guidelines laid down by the Narendra Modi-led Indian government and practice self-isolation. The former English captain also thanked his ‘Hindi Teacher’, Shreevats Goswami.

Kevin Pietersen’s message comes after Indian Prime Minister- in an address to the nation- urged the Indian people to observe ‘Janta ka Curfew’ on Sunday, March 22nd. Following the message of the Prime Minister, a plethora of celebrities took to social media to urge fans to follow Modi’s appeal by staying at home between 7:00 AM to 9:00 PM on Sunday.

The Indian skipper, Virat Kohli also took to Twitter to drive home the Prime Minister’s message to the countrymen. His tweet read: “Be alert, attentive and aware to combat the threat posed by the Covid 19. We, as responsible citizens, need to adhere to the norms put in place for our safety as announced by our Honourable Prime Minister Shri @NarendraModi ji. #IndiaFightsCorona”.

Meanwhile, the fans were surprised to see Kevin Pietersen posting a tweet in Hindi and also thanked him for showing concerns towards the Indian people. 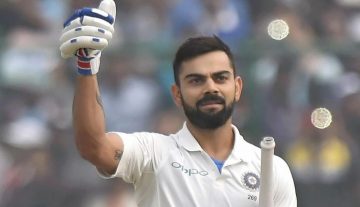