Former Indian wicket-keeper Syed Kirmani was in full praises for Team India, who outplayed South Africa in the One Day International series. He applauded India’s performance for their series winning efforts in the rainbow nation. 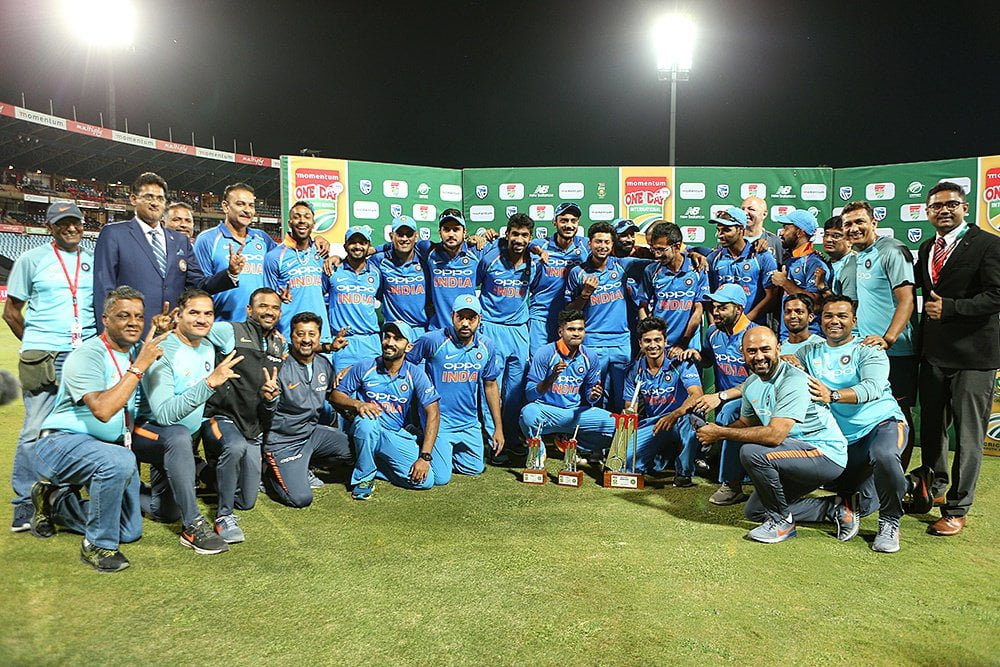 “Before they (the team) could get acclimatised to the conditions in South Africa, they lost the Test series. They, however, bounced back well and showed their capabilities in the ODIs and won it,” he told PTI. “It was a great comeback by the team to show their real potential and talent and win the one-day series.”

After losing the Test series, India bounced back to win the ODI series by 5-1. Meanwhile, Kirmani backed MS Dhoni for his role in the team and advised critics to keep mum.

“It is all about results. Those who are criticising Dhoni about his keeping and batting are not aware that he has produced results everywhere. That is the trend these days, we don’t want technique, but we want results,” Kirmani pointed out.

Kirmani also lauded the Jharkhand stumper for the manner in which he had performed, led the side and carried himself over the years. ”He (Dhoni) has taken the country to the top in all the formats, led from the front. Also, he has been a great ambassador for the country and has all the credentials of a great leader. So why talk about his technique, when he has produced results,” the 68-year old Kirmani.

He mentioned that playing with specialist wicketkeeper is no more relevant in the modern day cricket. “Since the inception of ODIs, the emphasis has been on the inclusion of a batsman who can keep wickets, so that another all-rounder can be included in the team. Rahul (Dravid) donned the role of keeper till the 2003 World Cup. This is continuing all over the world now. Specialist keeper is no longer the norm,” he added.

Kirmani named Wriddhiman Saha, Dinesh Karthik, Parthiv Patel and Naman Ojha as the leading wicketkeepers in India. “Saha, Karthik, Parthiv, Naman Ojha are there. They are all equally good. Whoever shows consistency and delivers gets the opportunity. They could be rotated depending on that,” he added.

At the end, he backed Rishabh Pant and Sanju Samson for a bright future.

News
By CricShots - Jan 27, 2023
Ravindra Jadeja Is Confident Of Playing The Border-Gavaskar Trophy