On Wednesday, the Indian opener, KL Rahul acknowledged that being away from the team has helped him get humbler and grow both the personal and professional front over the last couple of months, especially after the controversy happened on a talk show involving him and Hardik Pandya. He was sent back from Australia during India’s tour to face probe after he and Hardik had stated a few inappropriate comments about women on a television chat show.

During the post-match presentation ceremony after the second T20I in Bangalore, Rahul said, “It has humbled me a little bit. I obviously respect the opportunity I have got to play for the country. It is the dream of every kid and I am no different. Just to value where I am and keep making the opportunities count, put my head down and keep working on my cricket.”

ALSO READ: Virat Kohli Had No Justification for India’s Performance

In the Bangalore T20I, Rahul gave India the perfect platform to pile on a mammoth total as he smashed 47 off just 26 deliveries and as a result, India had set a 191-run target but a blistering knock from Glenn Maxwell of 113* swung away the match in favor of Australia helping them chase it down with two balls to spare.

Rahul heaped praise on the centurion stating that while it was difficult to bowl second owing to the wet outfield and dew, it should take nothing away from the blitz that Maxwell produced to smash 113 off 55 deliveries.

The Indian opening asserted, “In the second innings, dew always has an effect. We have seen that in Chinnaswamy. But can’t take (away) credit from Maxwell. He played very good innings. Our bowlers tried their best but with a wet ball, it was always hard. We all know what a strong player Maxwell is. He can play all around the park and it was a special knock from him. If he carries on the same way into the ODIs, we will have to figure a way to get him out.”

KL Rahul also credited Rahul Dravid for helping him get back to his form but acknowledged that despite batting well, he would have liked to play deeper in the innings and turn the starts into big knocks. He was part of five games for India A against England Lions and scored 89 and 81 in the last two games before scoring a half-century in the first T20I.

Describing his point further, Rahul said, “Fortunately I got to play some India A game and some games where the pressure is a little less so that I can focus on my skill and my technique. I spent a lot of time with Rahul Dravid, working on my game and chatting about cricket. He helped me a lot in the games I played for India A. Just happy that I tasted a bit of success in the last two games and my batting has come out pretty well. But the other side is that I could have carried on in both innings, got a big score and won the game for my team.” 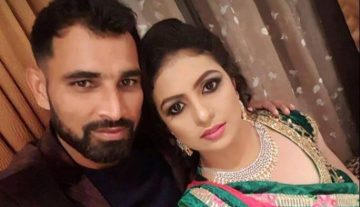