The Kings XI Punjab (KXIP) skipper, KL Rahul has further enhanced his reputation as one of the best batsmen in the shortest form in the world by scoring a stunning century in the ongoing game against Royal Challengers Bangalore (RCB). The Kings XI Punjab led from the very front as he opened the innings and remained till the last ball as KXIP reached a humongous total of 206 for 3.

KL Rahul failed to do well in the first match as he was dismissed after scoring 21 followed by an early dismissal in the subsequent super over. However, he did not take long to make a comeback as the highest-ranked Indian T20I batsman scored his first ton as captain. He remained unbeaten on 132 off just 69 balls.

ALSO READ: Kevin Pietersen Takes A Dig At Virat Kohli Over His Workout

Rahul surpassed the three-figure mark off 62 balls in the 19th over of Kings XI Punjab’s innings bowled by veteran Dale Steyn. After dispatching the first ball for a six, he went on to score 26 runs in that over. In the final over of the innings, he took Shivam Dube to the cleaners too, hitting his India teammate for two sixes and a four on the last three balls. Overall, it was his second century in IPL. He also scored the highest score of his IPl career, surpassing the previous best knock of 100 not out.

KL Rahul’s knock of 132 runs also helped him become the captain with the highest score in IPL. His breathtaking knock was studded with 14 fours and 7 sixes. And as soon as he reached his century, the cricket fraternity took to Twitter to applaud the KXIP captain for his knock.

Here is how Twitter reacted to KL Rahul’s knock:

.@klrahul11 has led from the front.
Super innings! He has paced his innings nicely and timed the ball beautifully.#KXIvRCB #IPL2020 pic.twitter.com/yOufAjYoAu

and rahul said he was worried in the lockdown that he may forget how to pick line and length! #RCBvKXIP #IPL2020

What a knock by @klrahul11 just sensational for @lionsdenkxip #ipl

Yes he was given two chances, but its not hard to appreciate the beauty and skill of K L Rahul. We have long been admirers of this wonderous batting talent @mmbangwa

132 runs off 69 balls. KL Rahul is a class act. He can make destructive batting look elegant.

Kohli has KL Rahul as his Dream 11 captain, no other reason.#KXIPvRCB #IPL2020

i love how virat clapped for kl rahul after kl’s century, he’s not a bitter opponent and we love that about him. 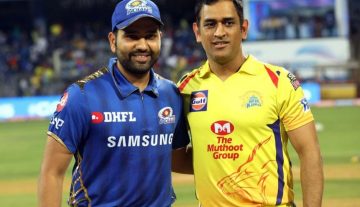