The Indian deputy skipper, KL Rahul witnessed an unfortunate run-out in the second ODI against the West Indies at the Narendra Modi Stadium in Ahmedabad after a terrible mix-up with Suryakumar Yadav. Rahul missed the first game but made his return to the side in the second ODI and batted at number 4 against West Indies.

KL Rahul was batting fluently until he got engaged in a mixup with Suryakumar Yadav which eventually resulted in him being run out in the second ODI against West Indies at the Narendra Modi Stadium in Ahmedabad. In the 30th over of the first inning, Rahul had hit the ball to the left of deep cover and was looking for the second run.

Suryakumar Yadav responded for the run as KL Rahul was running towards the danger end. However, during the second run, Rahul just stopped for a second which resulted in his run out. Rahul scored 49 off 48 balls on his return to the side in place of Ishan Kishan after missing the first ODI against West Indies.

KL Rahul batted at number 4 on Wednesday, a spot which Rishabh Pant was batting regularly at during the South Africa series. During his knock, KL Rahul struck four boundaries and two sixes.

Earlier in the game, West Indies stand-in skipper, Nicholas Pooran won the toss and decided to bowl first citing some spice in the pitch early in the innings. Both the team made one change in the playing XIs as Kieron Pollard was replaced by Odean Smith fo the visitors whereas KL Rahul replaced Ishan Kishan for Team India.

Here is how the fans reacted to the unfortunate dismissal of KL Rahul:

It was KL Rahul’s own call.💔💔💔 Misjudgement, and he’s missed out on a big one perhaps. #INDvsWI

Why does something go unfair during match-time! KL Rahul is gone for 49 as soon as I tweeted. But he’s played a very fine innings, 49 from 48 👏 #INDvWI 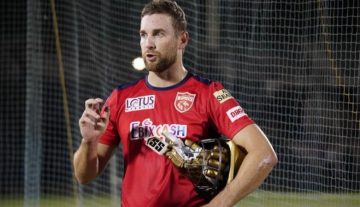