The Indian wicket-keeper batsman, KL Rahul reckons that him being suspended last year because of his misogynistic comments on a TV show last year completely changed his thought process about cricket, and helped him to work on his consistency. Rahul and Hardik Pandya were severely criticized following their sexist remarks on ‘Koffee with Karan’ and as a result, they had to fly back from Australia in January last year after being suspended by the BCCI’s Committee of Administrators (COA).

During a chat with India Today,, Rahul explained, “A lot of credit for my consistent performance goes to how differently I started thinking after 2019. With this suspension and with all that happened, I was tempted or I was in a way wanted to be selfish and play for myself, and I failed. So I told myself I need to go out and do what the team wants me to do.”

In recent times, Rahul has been going through a purple patch his career as he not only replaced Rishabh Pant in white-ball cricket but also amassed 303 runs in five innings at an average of 75.75 and a strike rate of 114.77 in ODIs. As an opener in T20Is, KL has scored 224 runs at an outstanding average of 56.00 and a strike rate of 144.51. He said that suspension also helped him to channelize all his energies in the right direction.

Describing the same, Rahul said, ” I realized after 2019 that I probably have a good 12 or 11 years left in me and I need to dedicate all my time and energy towards becoming a player and team man.  I started focusing on wanting to do better for the team and be a part of champion teams and make a difference in the game.”

KL Rahul has always enjoyed the support of Rohit Sharma and he said he is a big fan of India limited-overs vice-captain’s batting.

Thanking Rohit for having faith in him, Rahul said, “He is someone in the team who has given me the sense that he has a lot of faith in me and as a senior player, I have seen that he has stood by me on a lot of instances. When senior players feel like there is a guy who can take responsibility, a player who has not played consistently for the country, it gives a lot of confidence.” 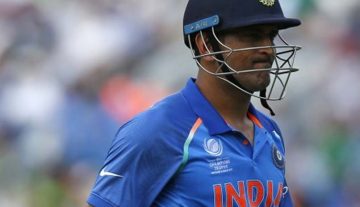