Hardik Pandya is not going through one of his best of phases. First, he picked an injury during the Asia Cup and it kept him on the bay from good three months of cricket. Later he found himself in the Indian Test side for last two Australia Tests but couldn’t make it to the Playing XI. Just when it looked that he will finally play an international game, his appearance in a talk show ‘Koffee With Karan’ put him in controversy for misogynist comments.

However, the Supreme Court gave him clean chit to play cricket while his case is in court. And boy, he made some comeback and proved his worth in no time. During the third One-Day International against New Zealand, Pandya plucked an aerial catch from the thin air to dismiss Kiwi skipper Kane Williamson. He followed it up with two wickets to keep the run rate in check and allowed Virat Kohli to rotate the bowlers.

Also Read: Umpire miscounted a Pandya over during 3rd ODI

This performance gave Captain Kohli immense relief, who is happy with the team’s balance at the moment. Though, he was not behind in reminding the responsibilities of being a cricketer and noted this phase will help Hardik to be a better cricketer.

“Hardik provides balance to the team. Today too he bowled good areas which showed he has worked on his skills. If you don’t respect the game, the game won’t respect you. I hope and believe that Hardik will come out as a better cricketer,” said Kohli.

The Indian skipper distanced himself and team from Pandya and KL Rahul following Koffee With Karan controversy. Although, he was not behind in praising him once the all-rounder is back in the team.

“Good to have him back. He put his head down and focused on what he needed to do, you can tell from the way he bowled. He is someone who will make an important contribution overall. He is someone who provides a lot of balance to the team,” Kohli added.

India sealed the ODI series after winning the third match comprehensively by 7 wickets. The next game will be played in Hamilton on Thursday and Rohit Sharma will lead the team in Kohli’s absence. 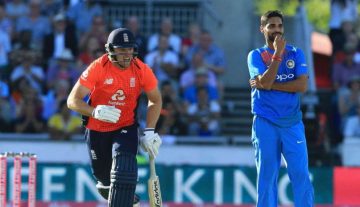